Rio de Janeiro: What you need to do

Rio de Janeiro: What you need to do

Setting between the mountains and the sea, Rio de Janeiro has been recognized as “The staggeringly beautiful location for one of the world’s biggest cities” by UNESCO. Whether you’re planning a trip to discover a new land or seeking out white-sand beaches, there are plenty of fun things to do in Rio de Janeiro for all types of travelers. And no matter what brings you to Rio as the first place to visit, these are the 10 Rio tourist attractions you can’t miss.

Known as one of Rio de Janeiro’s most iconic landmarks, the Christ the Redeemer statue typically tops visitor’s must-see lists. It stands 98 feet tall and sits at the summit of Mount Corcovado. The lines may be long, but just be thankful that escalators and elevators have been installed. Before 2002, visitors had to climb more than 200 steps to reach the statue. 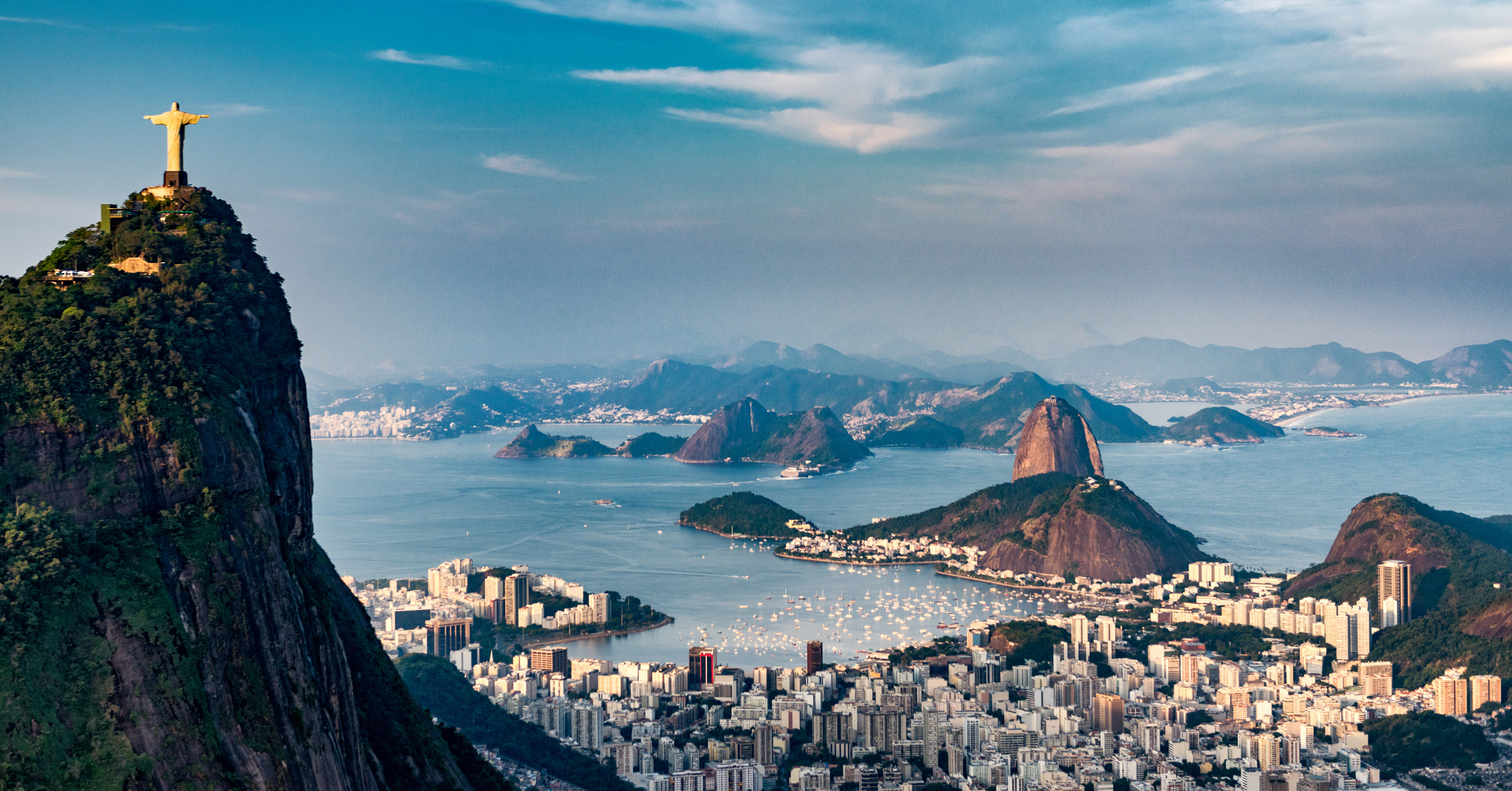 The 360-degreee views of Rio from the top of Sugarloaf Mountain can’t be beat. To reach the 1,299-foot summit, visitors first take a cable car to the top of the neighboring Urca Mountain, which also provides some spectacular views of Copacabana and Christ the Redeemer before hopping into another glass-enclosed car climbing to Sugarloaf. Once you’ve reached the top, you’ll find restaurants and shops as well as lovely scenery. 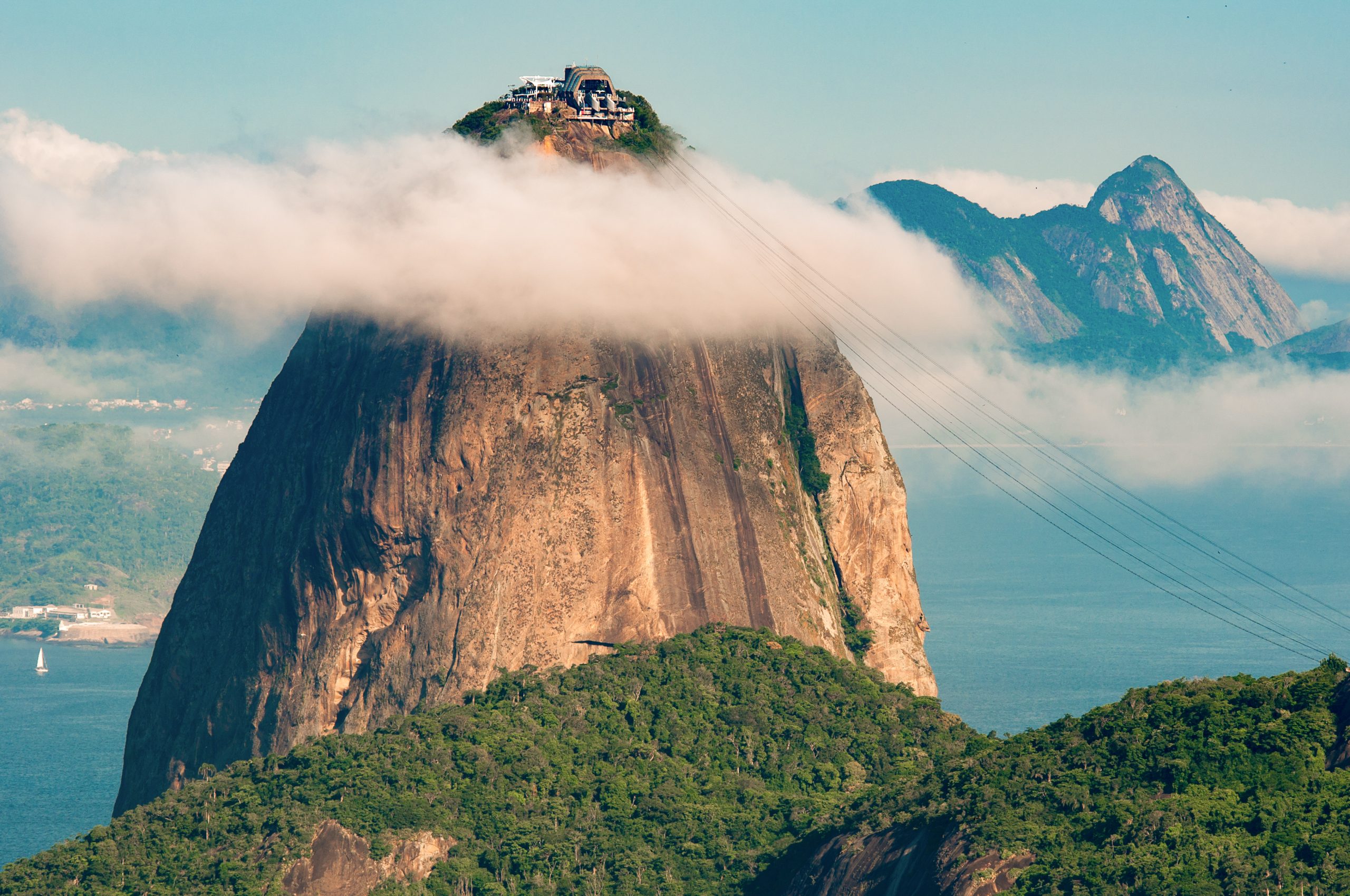 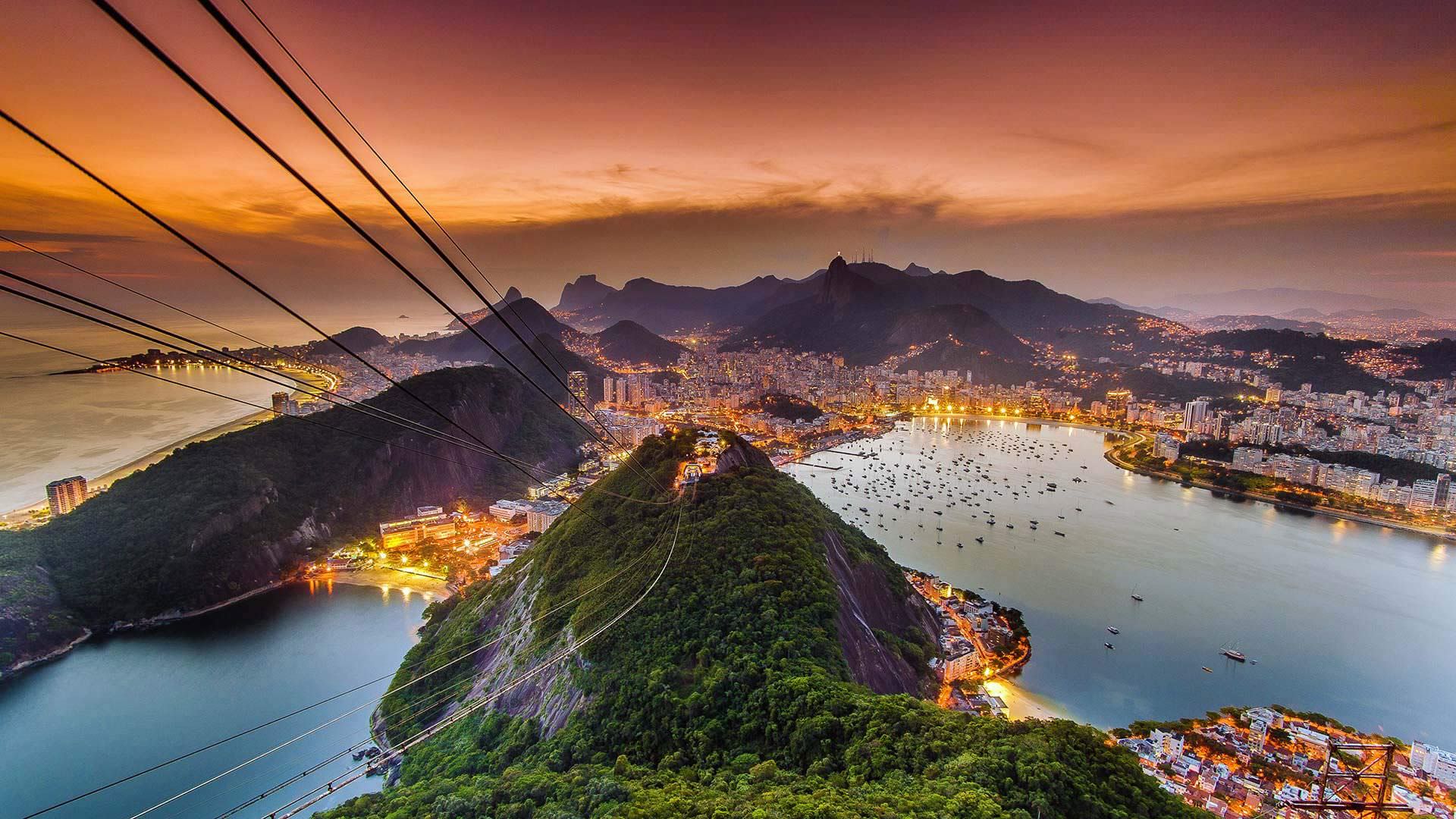 Those looking to escape the bustling city will love Tijuca National Park. It’s one of the largest urban rainforest in the world and is filled with luscious plants, waterfalls, and booming with wildlife. Choose to explore the many hiking trails and picnic areas. Those looking for thrills can opt for cycling, paragliding, and rock climbing. 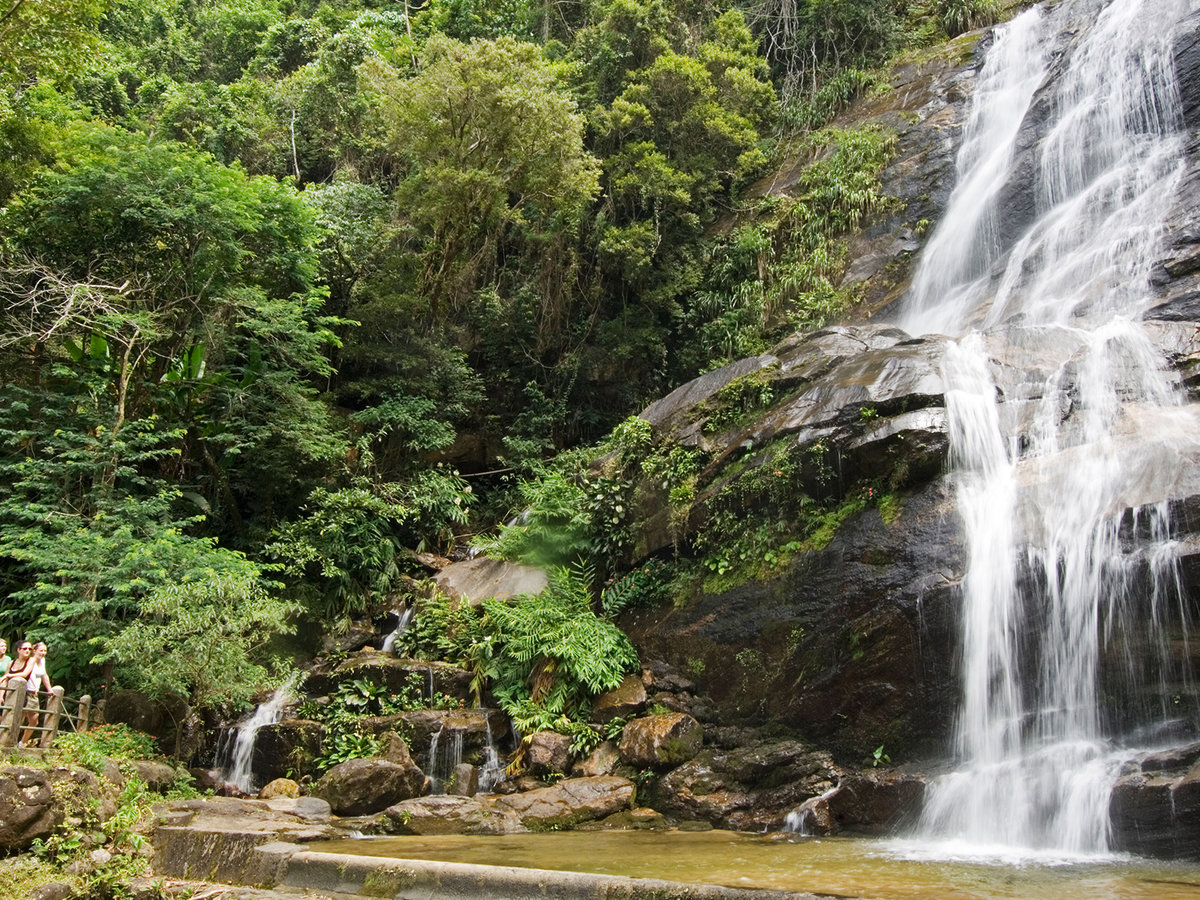 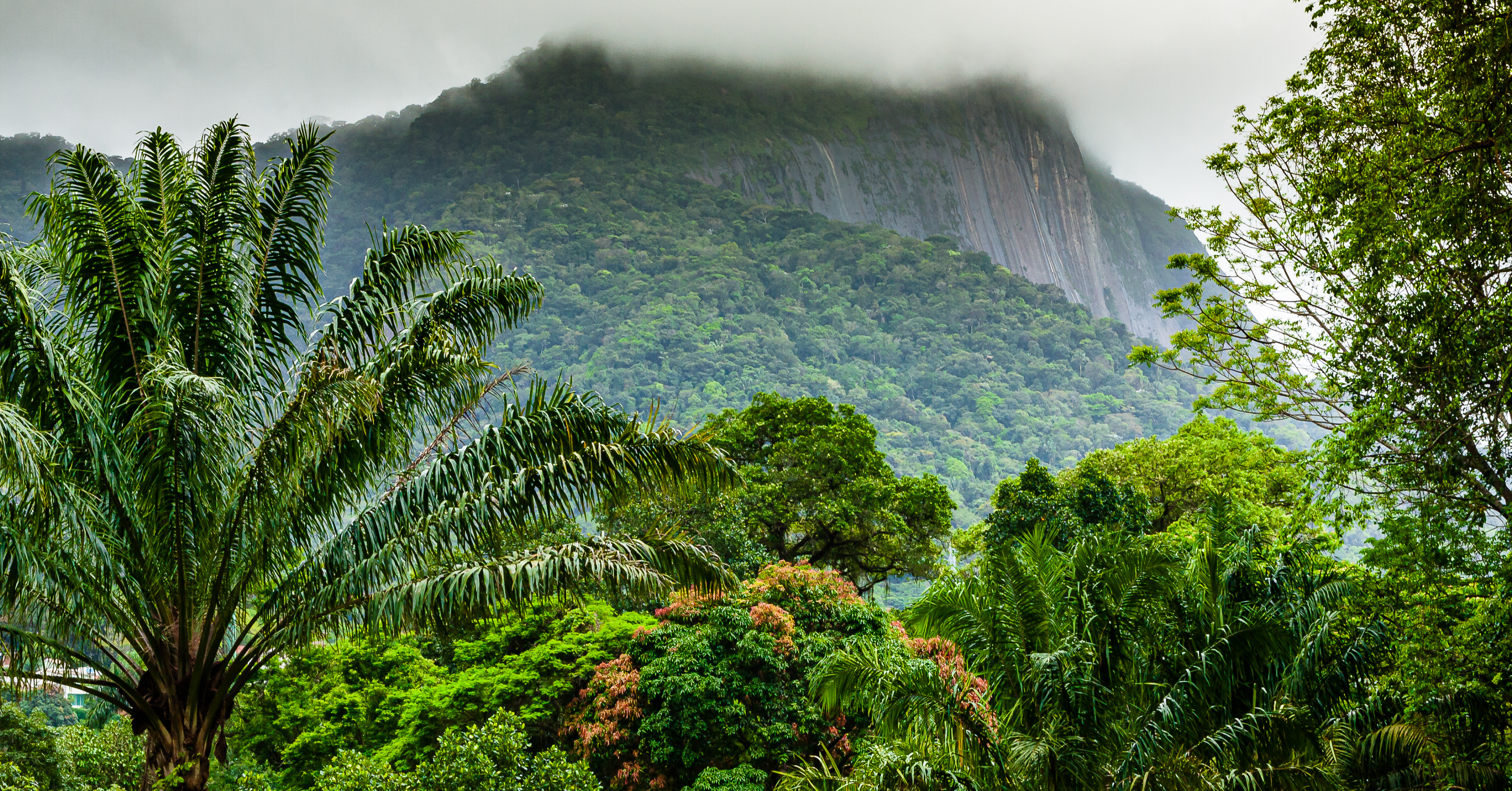 If there is one beach that travelers know by name, it’s likely Copacabana. The atmosphere is extremely vibrant with several beach bars and multiple sports facilities along the sand. Meet the locals and participate in a pickup game of volleyball or soccer. Be prepared to share this beach with plenty of other people, as it is extremely popular. 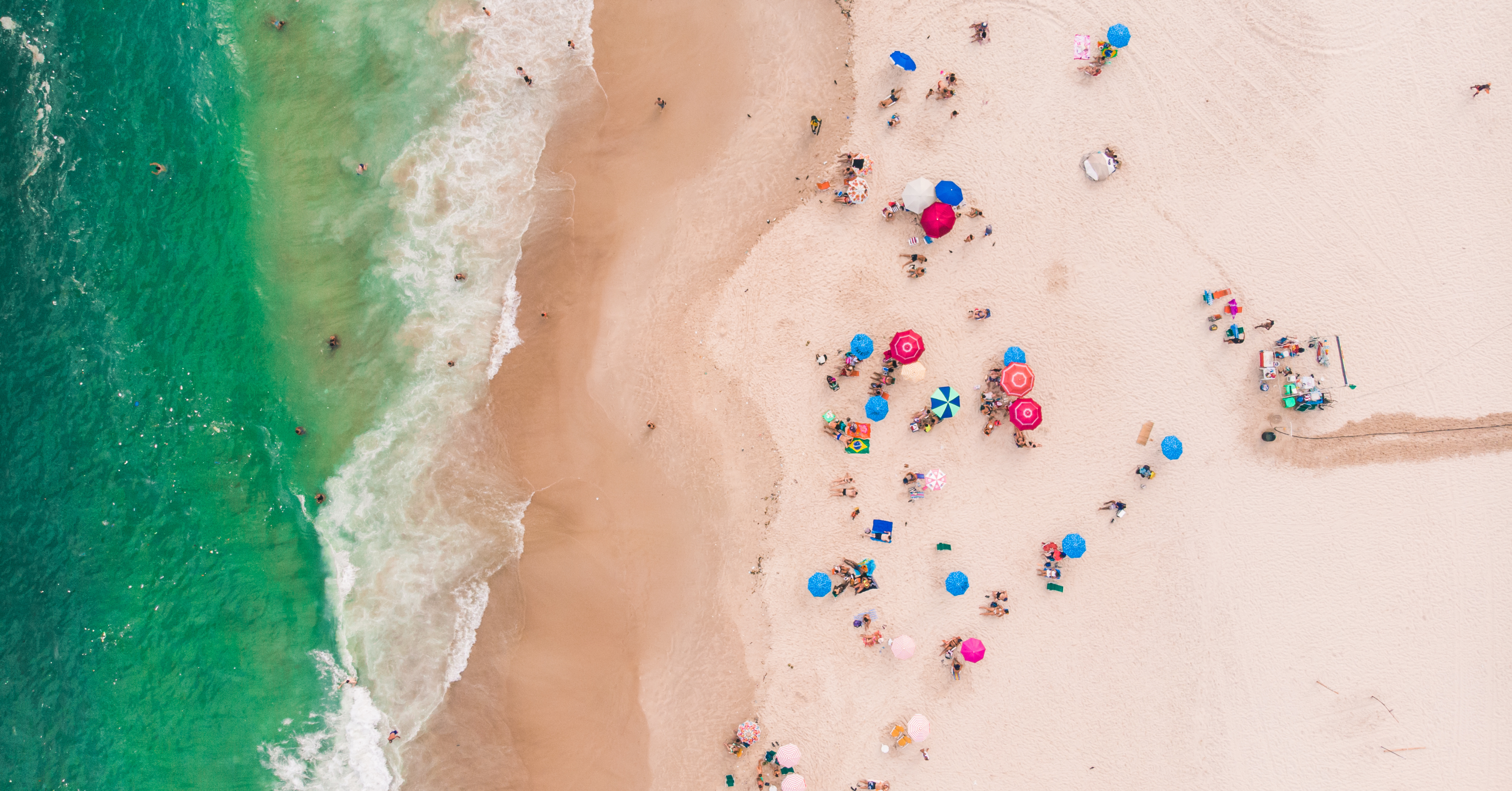 Another famous Rio beach, this lovely white sand, Ipanema Beach, is situated in one of the city’s most affluent neighborhoods. There are galleries, theaters, and high-end shops sprinkled throughout the surrounding area. On Sundays, take advantage of the weekly market where local vendors sell all sorts of crafts. 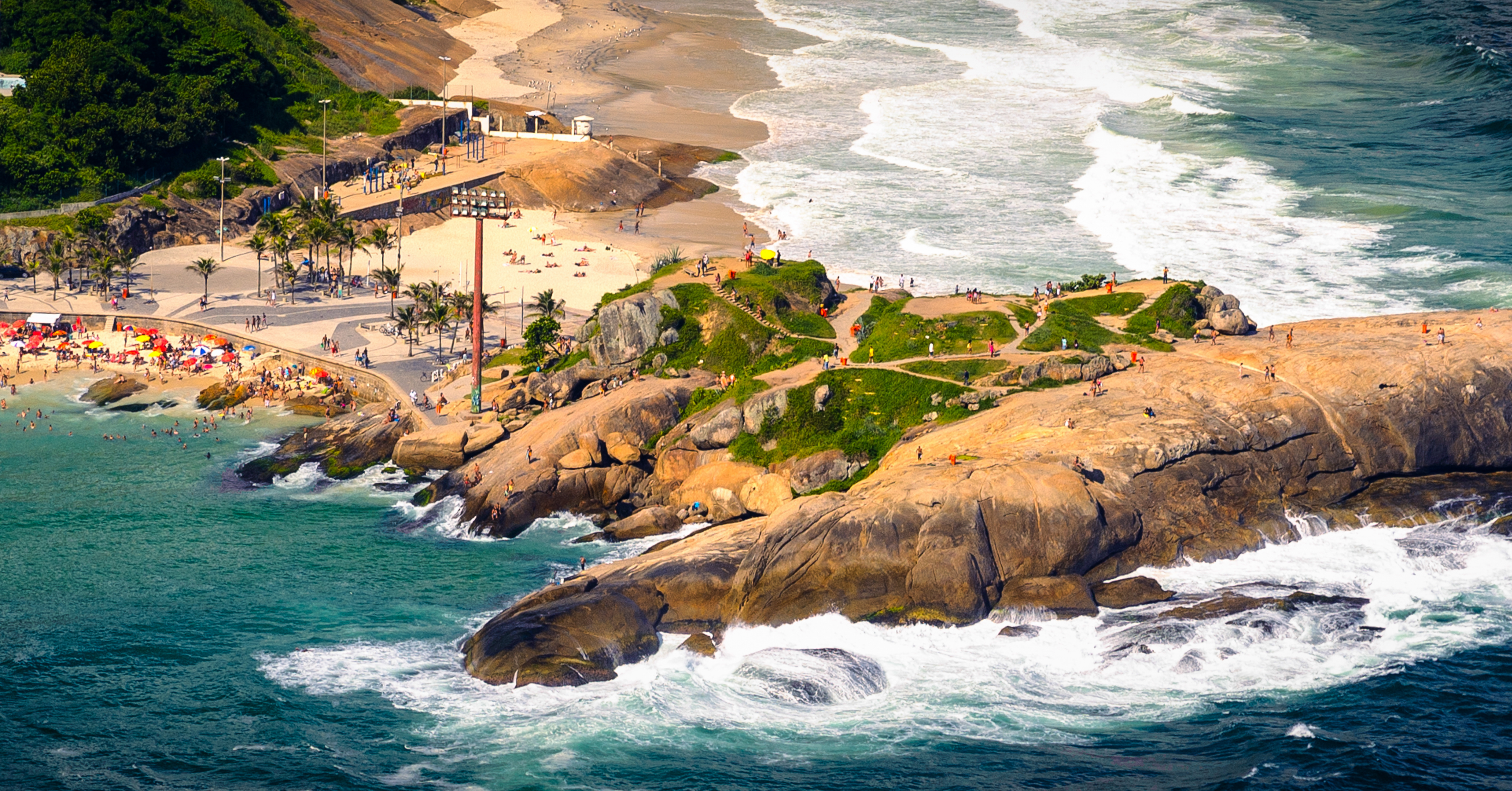 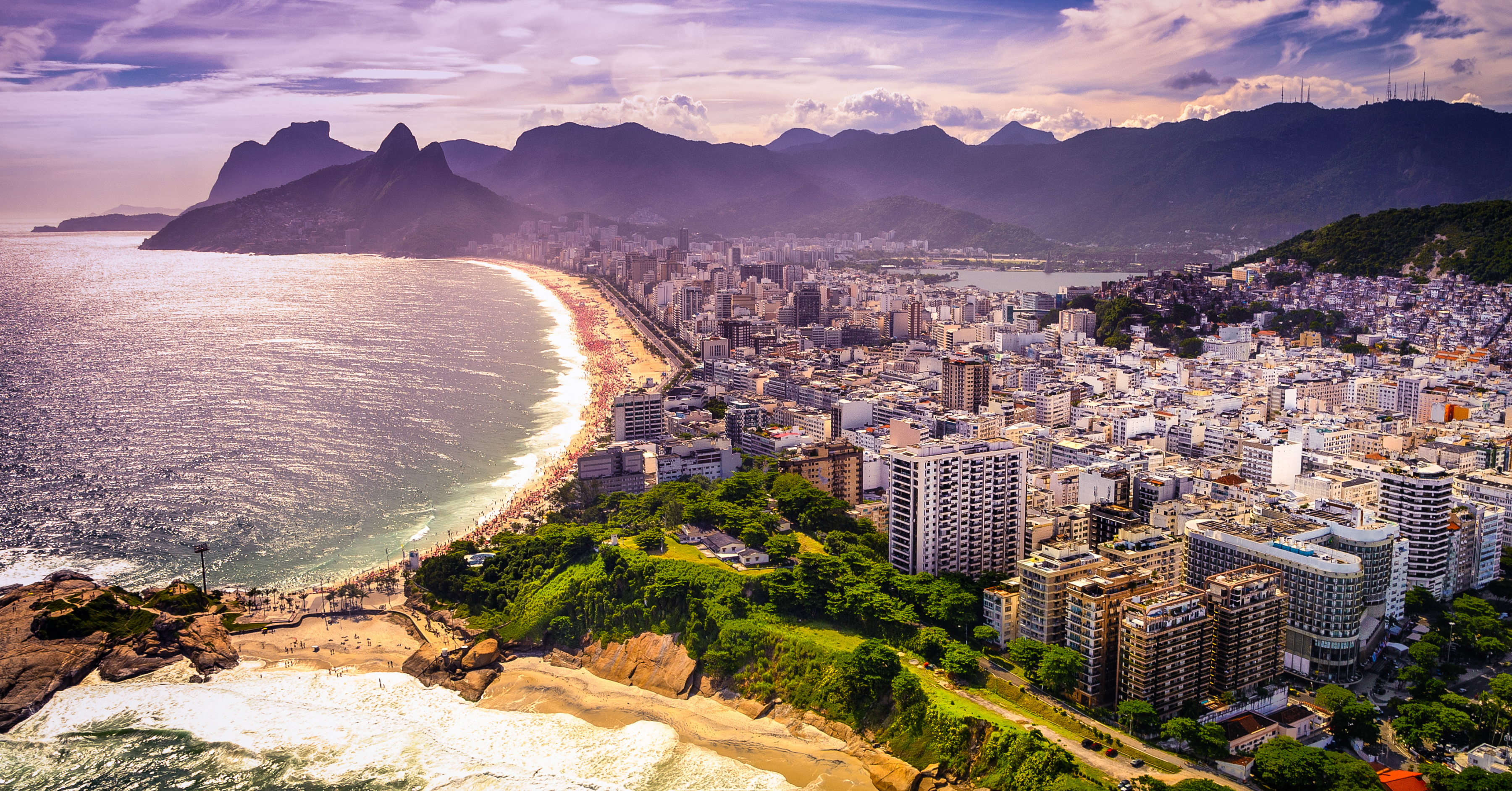 This stunning Parisian-style theater is as beautiful as ever. The shows, ranging from operas to ballets and symphonies, are performed throughout the year, but they aren’t the only way to experience the theater. Tours are also available to those looking to marvel and the architecture and history encompassing the space. 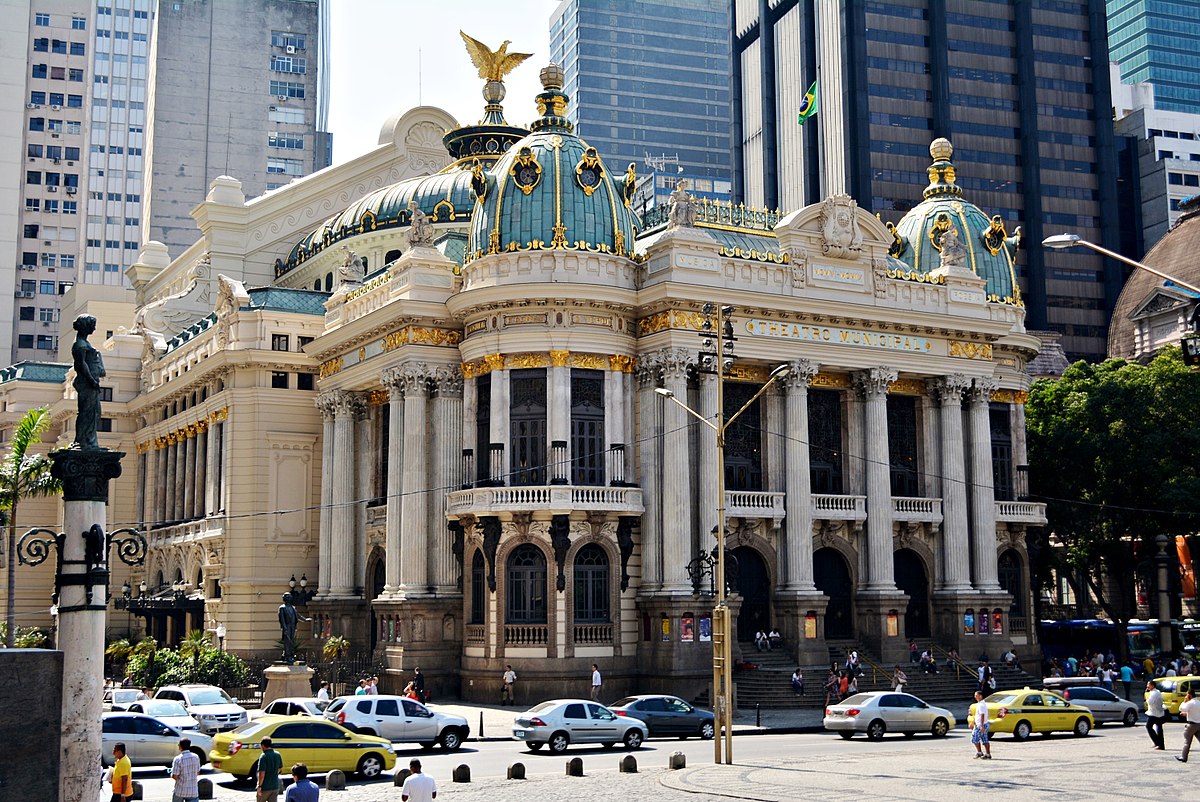 Named after Chilean artist Jorge Selarón, this set of stairs connecting the Santa Teresa and Lapa neighborhoods has become a hot tourist destination. After finding a home in Rio, Selarón spent his life covering each of the 250 steps outside his home in colorful mosaics filled with tiles brought to him by visitors from all over the world.

Located only five minutes from downtown, this neighborhood was built on a hill around the Saint Teresa convent. You’ll find an abundance of restaurants, bars, and live music, as well as a colonial charm that has been preserved in the area’s cobblestone streets and architecture. Take a ride around the neighborhood and enjoy the lovely views. 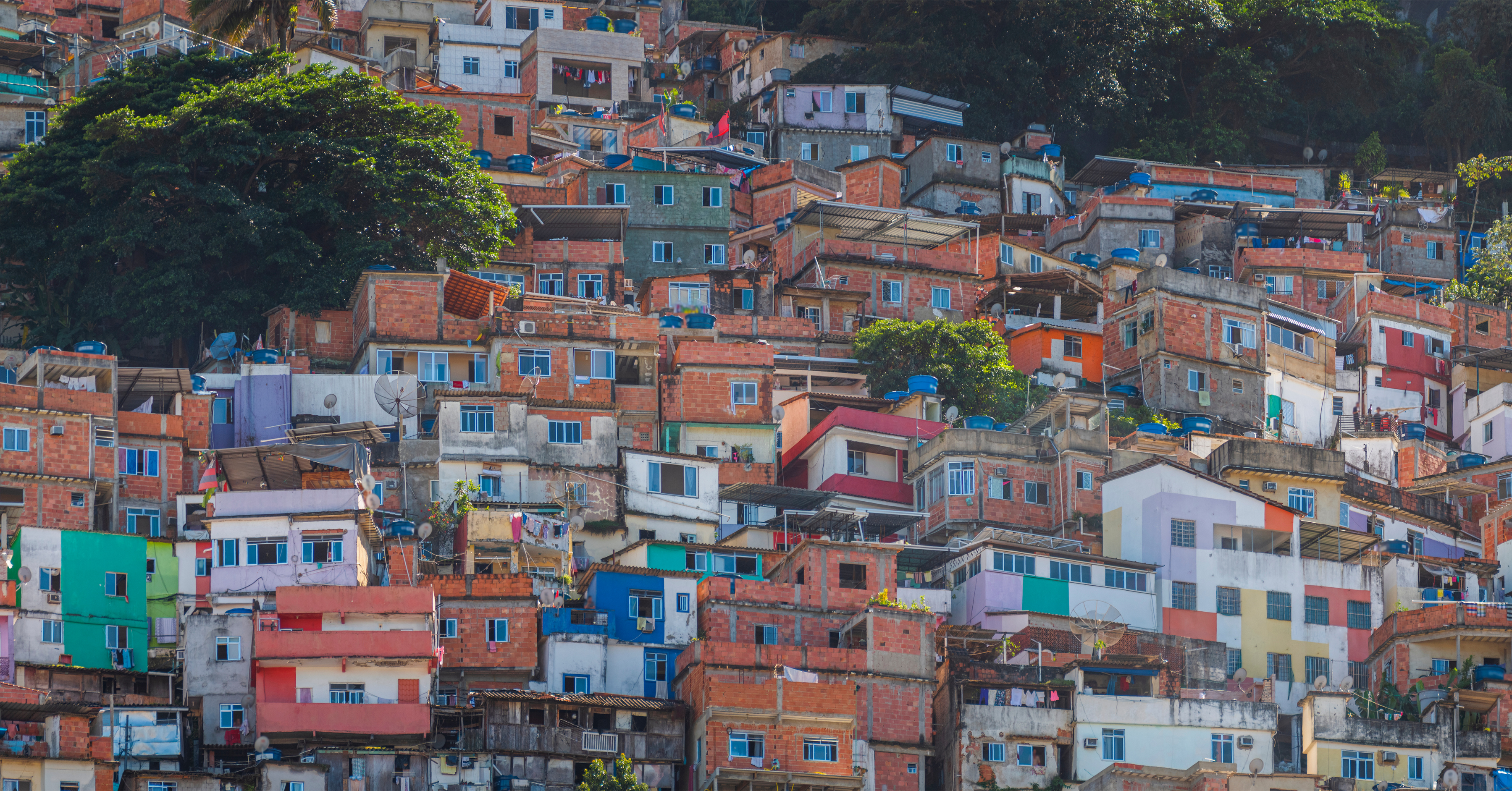 Known as one of Rio’s most popular public parks, Quinta da Boa Vista was originally part of the gardens surrounding the São Cristóvão Palace, which housed Brazil’s emperors during the 19th century. Now, the grounds contain Brazil’s oldest zoo and the former palace serves as Latin America’s largest national history museum (Museu Nacional). Visit them both or lounge in the open areas where you’ll find a small lake, island, and open-air concerts in the summertime. 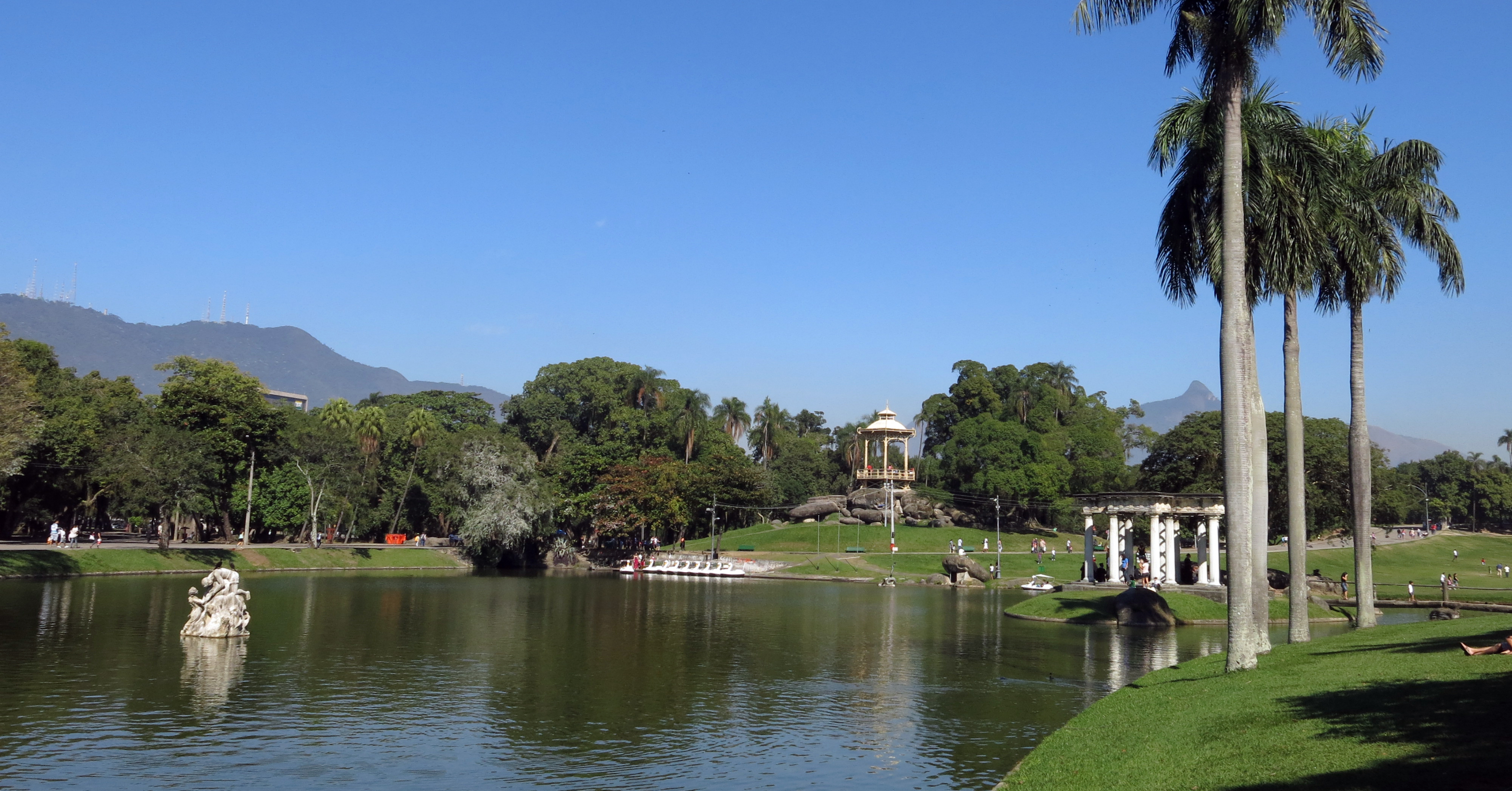 In the early 20th century, Lapa had a rowdy reputation, but once the crowds began focusing their attention on the city’s beaches, the Bohemian neighborhood began to crumble. Now, after much revitalization, tourists from around the globe are returning to experience the area’s thriving nightlife and authentic Brazilian music. Find a bar, learn to Samba from the locals, and dance until the sun comes up.

In general, no matter what you choose, Rio de Janeiro offers the best entertainment and cuisine in Brazil. Take advantage of your time there, a dream of freedom and adventure will be always on your mind.